Champions of the Environment 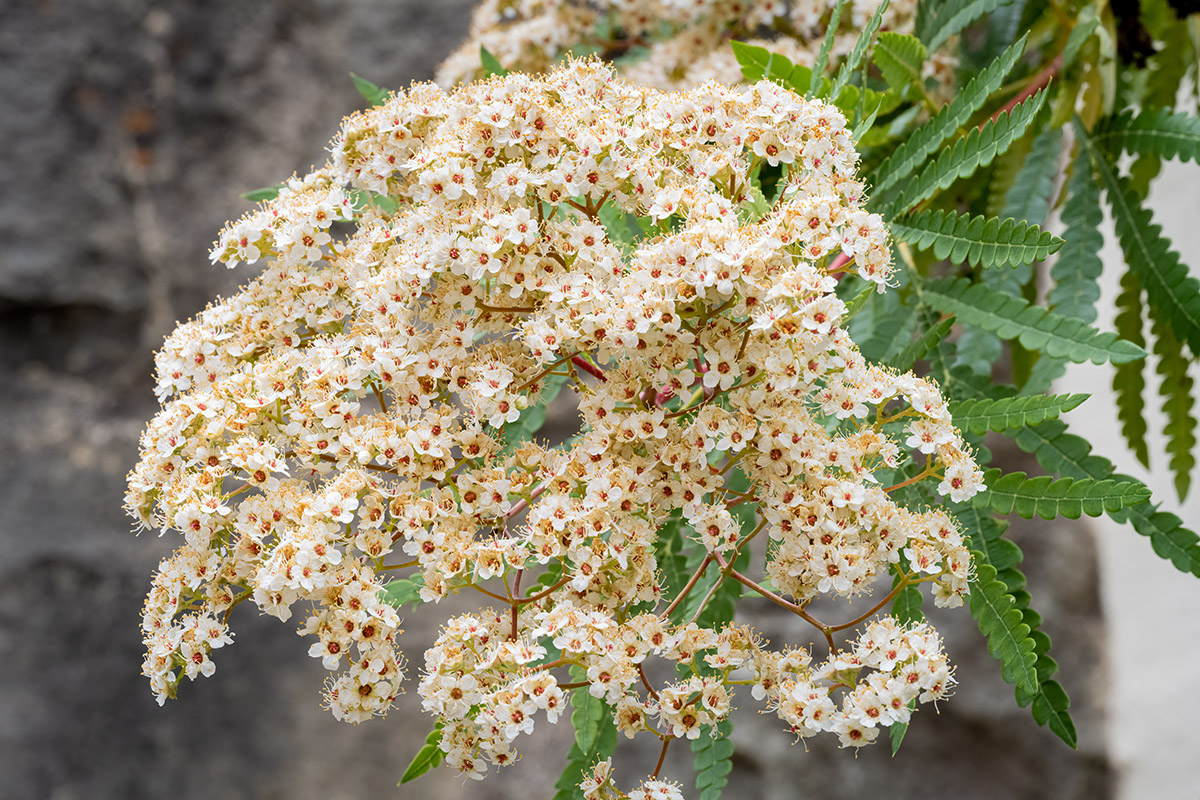 Honoring Those Who
Inspire Us to Take Action

The Honorable John C. Pritzlaff Conservation Award is given annually by Santa Barbara Botanic Garden to recognize achievements in conservation both in California and around the world. Established in 2007, the award honors John Pritzlaff’s lifelong commitment to conservation and serves to inspire others to understand the importance of conservation and to take action.

What Is the Pritzlaff Conservation Award?

John C. Pritzlaff was a Garden trustee from 1991 to 2003. He was a lifelong servant and champion of the people and the environment. His political, personal, and volunteer activities speak clearly to his love of the environment and his desire to ensure that our greatest treasure — our natural environment — remains healthy for future generations.  Pritzlaff recognized that botanic gardens are powerful agents for conservation. Individually and collectively, botanic gardens address a range of activities needed to understand, protect, and restore the natural world.

Professor in the Environmental Studies Department and the Ecology, Evolution, and Marine Biology Department at University of California, Santa Barbara

Carla D’Antonio, Ph.D., is a top-notch scientist; a dynamic, inspiring professor and mentor; and a dedicated conservation leader. Her forward-thinking approach to ecology has simultaneously integrated theory with practical and on-the-ground conservation, habitat management, and restoration. Her groundbreaking work has advanced the field of ecology and has been published in top journals like Science, Nature, and Ecology.  D’Antonio’s passion has also inspired and guided an impressive flock of graduate and undergraduate students as they seek to find and implement conservation solutions to real-world ecosystem management problems. Her top tags on RateMyProfessors.com include “inspirational,” “amazing lectures,” and “caring.” D’Antonio works tirelessly to inform and promote habitat recovery and restoration in our region and beyond, serving on at least nine advisory committees, including the Garden’s. She also serves as a program officer for the National Science Foundation.  D’Antonio has published over 180 papers that have been cited a total of 37,832 times, not including an array of collaborative book chapters addressing habitat management and restoration.

No one is a bigger champion of getting kids back in nature than Richard Louv. It isn’t just that he literally wrote the book on it — Last Child in the Woods — he also put his theories into practice. Louv cofounded the Children & Nature Network, launching an international movement to connect children, families, and entire communities to nature. He knows that there is a lot riding on this effort, since children who spend time in nature are, as he says, healthier, happier, and smarter. Louv is a journalist and author of 10 books, many of them about reconnecting humans to health and happiness via nature. He has written for the New York Times, the Washington Post, Orion, and Outside, but he also takes his message to the streets and the airwaves, appearing frequently on national radio and television programs and speaking internationally on “nature deficit disorder,” a term that he coined to describe the consequences of our current disconnect. If you are an environmental educator, you’ve been touched by Louv’s work.

Bing Professor of Environmental Science, director of the Center for Conservation Biology, and senior fellow at the Stanford Woods Institute for the Environment at Stanford University

Gretchen Daily, Ph.D., is a champion of the “ecosystem services” concept (the benefits supplied to human societies by natural ecosystems) and has worked tirelessly to integrate this concept into the decision-making processes of countries, companies, and communities across the globe. As cofounder and faculty director of the Natural Capital Project, Daily and her team work with world leaders on diverse projects such as lands management planning in China, transportation decision-making in Latin America, and habitat restoration in Africa.

This work builds from her research to characterize the drivers of biodiversity loss, understand dynamics in agricultural landscapes, and examine trade-offs between conservation objectives. Her collaborative research on water-related services, control of environmentally transmitted diseases, and the physical and mental benefits of nature experiences are informing the models used to guide environmentally sustainable decision-making. Daily is the Bing Professor of Environmental Science and director of the Center for Conservation Biology as well as a senior fellow at the Stanford Woods Institute for the Environment, all at Stanford University. Her work has been cited nearly 23,000 times.

Professor of Ecology and Evolutionary Biology at the University of California, Santa Barbara

Through research, outreach, and mentorship, Susan Mazer, Ph.D., is furthering our understanding of plant evolution and adaptation to change, training others in the research skills needed to investigate these mysteries, and inspiring the next generation of plant protectors. Mazer cofounded the California Phenology Project and Project Baseline, large collaborative projects that are enabling us to understand what climate change has in store for the seasonal cycles of wild plants and for plant diversity. Through these projects and others, she has engaged legions of community scientists who help answer these questions, and then help to spread the word.

Mazer is an energetic speaker and highly dedicated mentor who has inspired many University of California, Santa Barbara students to love plants through her classes. She has applied her research to further the conservation of some of the rarest plant species in the region and to inform the design of habitat restoration efforts. The author and coauthor of at least 117 papers and book chapters, her work has been cited over 6,000 times.

Nancy Gore Hunger Professor of Environmental Studies at the University of Tennessee, Knoxville

As part of his doctoral research at Harvard University in the 1960s, Daniel Simberloff, Ph.D., (along with American biologist E. O. Wilson) removed the insect and spider fauna of six small mangrove islands in Florida to study their recolonization together. His diverse research projects since then have included insects, plants, fungi, birds, and mammals. His publications number circa 500 and center on ecology, biogeography, evolution, and conservation biology, with titles such as “Today Tiritiri Matangi, tomorrow the world! Are we aiming too low in invasives control?”

He has tackled complex topics such as invasion theory, policy, novel ecosystems, and single- versus multi-species management. In 2006 he was named Eminent Ecologist by the Ecological Society of America, in 2012 he won the Ramon Margalef Award for Ecology, and in 2015 he won the Alfred Russel Wallace Award of the International Biogeography Society for lifetime contributions in the fields of island biogeography and island ecology.

Peter White, Ph.D., is a plant ecologist with over 100 publications on an impressive array of topics, from ecology and biogeography (including diversity patterns, scale, disturbance, and patch dynamics) to rare plants, restoration, and the philosophy of conservation. From 1986 to 2014, White directed the North Carolina Botanical Garden through a period of exciting changes and growth. In this role, he and the staff sought to redefine the scope of botanical gardens to focus on conservation, sustainability, and gardens as the healing interface with and gateway to nature. He emphasized that this conservation mission was “not just an ‘add on’ to what the garden does, but can be firmly nestled within a mission that addresses environmental and sustainability issues — this work is connected to the central role that botanical gardens can and should play.”

Professor of Arthropod Biodiversity at University of California, Berkeley

Claire Kremen, Ph.D., was a conservation biologist before that was even a recognized field. Her early work included biodiversity research and designing protected area networks in Madagascar, a biodiversity hot spot. Her work since then has continued to address the question of how we design sustainable landscapes that promote biodiversity while providing for people, and has focused on how to reconcile agricultural land use with biodiversity conservation.

Kremen earned a bachelor’s degree from Stanford University and a doctorate from Duke University and was an assistant professor at Princeton University before becoming a professor at the University of California, Berkeley. There she is the founding faculty director for the Center for Diversified Farming Systems and the Berkeley Food Institute. Kremen’s papers have been published in the Proceedings of the National Academy of Sciences, Science, Conservation Biology, and Ecology Letters. Since her receipt of the Honorable John C. Pritzlaff Conservation Award in 2014, she has been noted as a highly cited researcher and one of the World’s Most Influential Minds by Clarivate Analytics.

Bruce Pavlik, Ph.D., has served the causes of conservation, restoration, and mentorship throughout his life. This has included working with a diverse array of academic, government, and nonprofit institutions, from Mills College and Iowa State University to the National Park Service Learning & Development Training Program, the California Native Plant Society, and University of California Press. He inspires us to think critically about how to support the conservation and restoration of species and habitats, and how these causes intertwine.

Pavlik’s research and projects have emphasized the design, establishment, and manipulation of populations and natural communities using field-based, experimental approaches within the context of a collaborative, decision-making framework (“adaptive management”). He is an author of over 40 peer-reviewed articles and book chapters, and eight books, including “The California Deserts: an Ecological Rediscovery” and “Oaks of California.”

President, center for the Study of the Environment
Emeritus professor and author, University of California, Santa Barbara

“The moon in the Nautilus Shell”

Authors, “A Manual of California Vegetation”